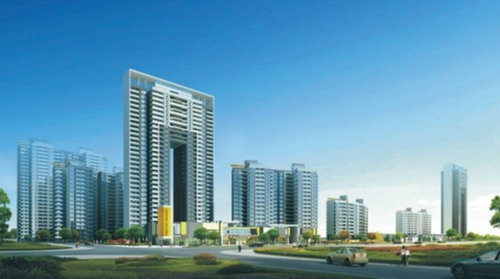 “The weekly transaction volume rebounded again above the 300,000-square-meter threshold with improved momentum in the medium- to low-end segment,” said Ke Xiaojuan, a Homelink researcher. “Real estate developers, however, were showing lacklustre interest in launching projects as the Chinese lunar new year holiday is approaching.”

Citywide, only 28,900 square meters of new houses were released to the local market last week, a nearly 10-month low according to Homelink data. Week on week, that represented a drop of 80 percent.

In the ultra luxury segment, a total of 102 residential units with a price of 80,000 yuan per square meter and above were sold across the city, a week-over-week decrease of 32. Out of that, a 452-square-meter duplex unit at Shanghai Arch, a premium housing development in Pudong New Area by Sun Hung Kai Properties, fetched an average price of 230,989 yuan per square meter, making it the first apartment sold in the city this year for a total price of above 100 million yuan.