Where to live: Puxi or Pudong?

By now you probably understand that choosing the right location for your apartment in Shanghai is extremely important. I had clients who had called from abroad telling us to “give them everything as long as it has two bedrooms and a monthly rent not more than 8000 RMB/month”. When they arrive and find out that their apartment is 45 minutes from the city centre, they complain. Fair?

So – let´s start with the most important question when you move to Shanghai: do you want to live in Puxi or Pudong?

The Huangpu River divides these two areas. Puxi is found in the Western part of the river and Pudong in the east part. Both areas offer advantages and disadvantages and I will with this article try to give you an understanding of where you should live when you move to Shanghai.

The different city areas in Shanghai.

What is the typical Pudong foreign resident?

Based on history, I would say that most Pudong clients are families with children that want a relaxed environment not far from the parents working place. The apartments/villas/houses in the Pudong area is often very large and can house four or five people without feeling lack of space.

A typical Pudong customer would pay around 20,000-35,000 RMB/month for a huge villa or top apartment. 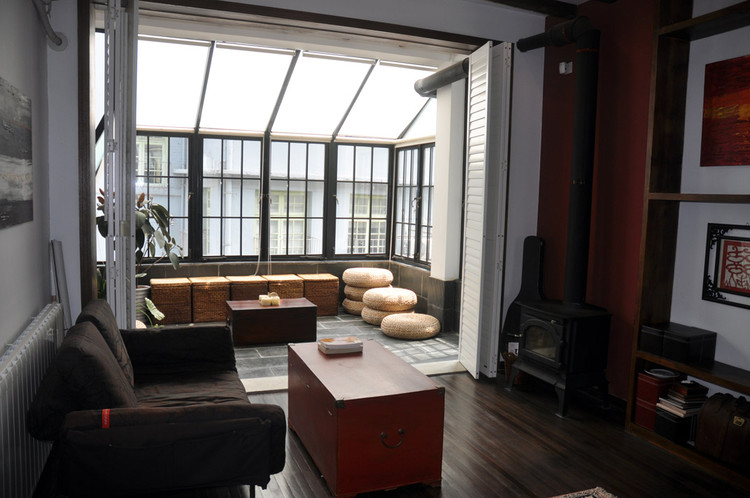 The properties for expats in Pudong are often very nice and big.

Pudong is a pretty new area. The construction work in this part of Shanghai did not start until the late 1990s. But Pudong area still contains some of the best and cleanest areas of Shanghai. The world´s 3rd largest city park is called Century Park and is placed Far East in Pudong. Great scenery in relaxed locations is definitely one of the advantages by moving to Pudong.

A view of the Shanghai Pearl tower from the bund. This is “on the other side of the river”, in the Pudong area.

A simple Google search will lead you to a list of the international schools in Pudong.

“The closer to the river, the better!”

That is a good rule of thumb in Pudong.

Puxi is an area very hard to generalize. It hosts areas such as French Concession, Jingan Temple, Zhaoshang Park and Peoples´ Square – which are all good alternatives for foreigners moving to Shanghai.

What is the typical Puxi foreign resident?

You find everything from foreign students with a small budget to expats who want to live nearby the bar streets in Puxi. Where the budgets in Pudong area is easy to determine, I would say that the Puxi apartments could be found from 6000 RMB/month and up to 35,000 RMB/month.

Perfect area for young people who seek a typical city life with thousands of opportunities (restaurants, bars, nightclubs, walking streets, shopping, etc.). The majority of people moving to Puxi is, however, people without children or foreign students staying in Shanghai for one or two semesters.

IKEA can be helpful to buy furnitures for your new apartment in Shanghai. Or to eat some Swedish world-famous meatballs.

I have a hard time writing what to find in Puxi – really just because I don’t know what you cannot find. If you really want to live around “everything” in Shanghai, you would choose Puxi as the place to live.

The world famous “The Bund” is also placed on the Puxi side of the river and this is where thousands (if not millions) of tourists come every year to view the beautiful scenery and Pudong skyline.

Close to some of these places would be considered as “the hot areas” in Puxi:

“Where would you live?”

Well, I have lived in Puxi during my whole “Shanghai career” and am very happy on this side of the river. However, the preferences change through life. If I suddenly found myself a girlfriend and got a child, I would see the Pudong area as perfect to raise a child. Raising a child in the noisy streets of Puxi is not something I would even consider.

Shanghai is a beautiful city.

« Shanghai expat life: where to eat
Best hotels for short-time stay in Shanghai »

Where to Live As an Expat in Shanghai-Pudong & Lujiazui

Across the river: Pudong & Lujiazui Until 20 years ago, Pudong was primarily composed...

When you think of Pudong, Lujiazui think big, think high and think new as...

2 thoughts on “Where to live: Puxi or Pudong?”