Some Additional Choices for Life in Puxi


The Bund, Shanghai’s famous landmark has been making international headlines in recent years due to its re-development into a luxury retail and F&B area. There is nowadays a splendid range of high-end entertainment destinations situated inside the buildings formerly occupied by Western trading houses and banks. While many of the buildings directly on the waterfront have now been renovated to meet commercial demand the housing options for expats in this part of town are still few. There are some privately re-developed apartments for rent; however do not expect large residential complexes. 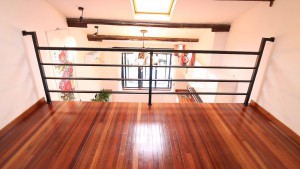 Some great apartments in Shanghai.

Across the Suzhou Creek

The area north of the Bund, across the little Suzhou Creek is officially named Hongkou district. This part of town used to be part of the Japanese concession, and was also home to the Jewish settlement. Since the opening of Shanghai to the Western world, this part of town has – until recently – seen less expat-orientated development than other parts of the city. However, for the last 2-3 years several privately re-developed apartments have turned up on the shores of the Suzhou Creek, set among former warehouses and commercial buildings. Although the area still offers few western friendly shopping and dining facilities it can be a great housing destination for anyone looking for something “a little different”.

A number of International Schools are now housed in the Minhang area towards western Shanghai. It is connected to downtown by numbers 1 & 5 metro lines. There are many new villa compounds and apartments being built in the area along with a number of new international schools and kindergartens. The area used to have very limited western amenities, but there is a large influx of shops and restaurants in the area catering to the expatriates living near the large international schools.

Qingpu
Qingpu like Minhang has seen an increase in International Schools and Western style housing has followed. Like Minghang, the distance from downtown makes the land prices more reasonable, and the convenience of the HuQingPing Highway (an extension of YanAn Elevated road) has made this a popular place for expat families. Still you need to consider at least 30-45min for a trip to downtown.
The area of HuQingPing/Gao Jin Road has a large supply of a whole range of new villas, close to the new French/German and Western Academy schools and 20 minutes from the American, Singaporean and British Schools. Also like Minhang there has been an increase in shops and restaurants in the area.

Sheshan (in SongJiang District)
There are a number of golf courses around the Sheshan “mountain” whose lush surroundings and resort facilities and deluxe villas have attracted expats to whom the location so far from downtown (around 40-60 minutes by car) is not an issue.