Why I became an expat in Shanghai

A little story about myself; I grew up in a poor family in a small town in Germany, which made me always believe that there was something “out there” I would never be able to see. My parents could not afford holidays abroad and I ended up staying only in Germany during my first 18 years on the planet. I worked hard during my university years and got a job in BMW – and here I am. As an expat going to one of the biggest cities in the world.

This is my recommondation of Shanghai. 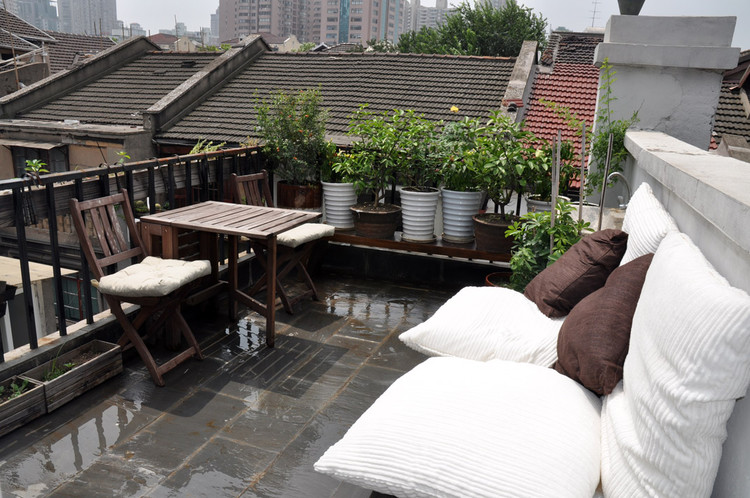 A picture of our balcony in Shanghai.

Every person who travels to Shanghai has some sort of expectation. When you click into the “Google picture search” section and type in “Shanghai“, you will be met of gigantic skyscrapers that reach the skies. Shanghai represents the most important industrial city in China and has a population of more than 20 million people.

Most Chinese people would say that Shanghai is the economical, political and cultural center of China. Sounds like a perfect place to be an expat?

I came here in 2014 and have never missed Germany since I left that miserable country. Shanghai represents everything I ever dreamed of as a child – good multicultural socities with people from all around the world, an extreme economic growth and cultural experiences that will blow anyones mind.

interior of the Jade Buddha temple in shanghai

Shanghai – Travel in the shadow of giants

Shanghai offers a lot more than high towers and a lot of cars. You will easily find some “green spots” in the city if you buy yourself a city map. There are, however, not so many of them in the Pudong Area where I live, but the other side of the Huangpu river offers a lot of good gardens.

A “must visit” is the Botanic Garden with more than 9000 plants, including two pomegranate trees that were planted by the Emperor Quianlong in the 18th centure. This is really a place to see for foreigners (and Chinese…) coming to China. I have brought a lot of my expat colleagues to this place and they are all stunned by the beauty this Botanic Garden has to offer. Other popular attractions in Shanghai include the Jade Buddha Temple and the World Financial Center. Travel to Shanghai as an expat and explore China – don´t just be sitting on your office the whole day.

A video from the Botanic Garden in Shanghai

Shanghai offers both traditional Chinese cuisine and a variety of Indian, French and Korean restaurants – in all parts of the city. When the locals especially dishes with fish and shellfish and crustaceans are very popular among the locals. Shanghai offers both large department stores and small, traditional stores where you can buy clothes and other stuff that you need.

The busiest shopping street is the Nanjing Road. This street is often filled with tourists and expats who want to do a real bargain in one of the world-famous shopping streets Shanghai has to offer. Experience for yourself the diversity of shopping in a trip to Shanghai.

If you are an expat who has a job offer in Shanghai; I just have to say that I really recommend the city. The Chinese lifestyle is a bit difficult to handle in the beginning (food, real estate market and the way people behave), but it does not take very long before you are loving it.

Shanghai is a beautiful city.